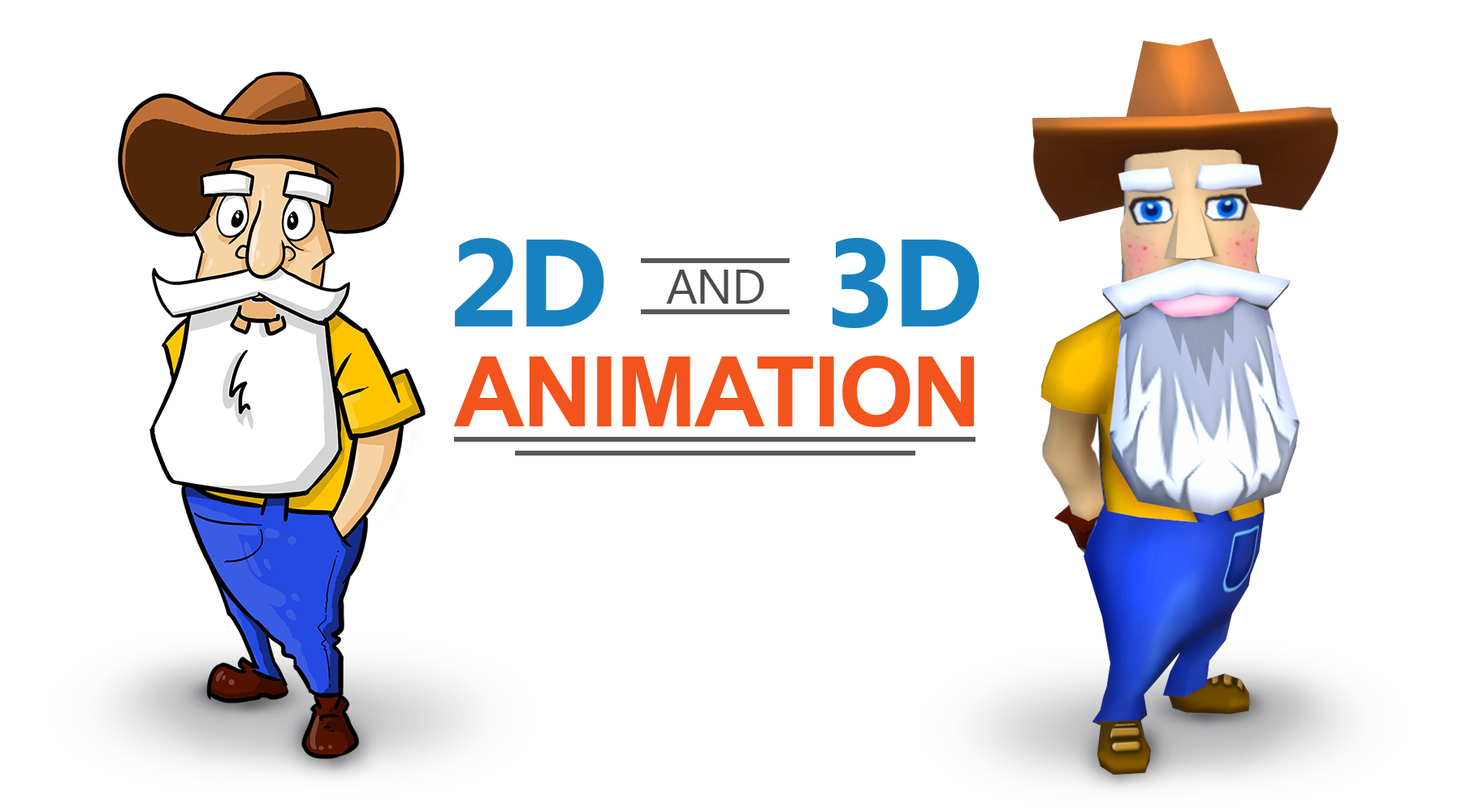 Digital illustration has grown to be one of the most popular web design styles in the last two years. Sometimes it seems as though today's landing pages are all designed using an illustrated style. A change from 2D to 3D illustration is now apparent, signaling the start of something novel and innovative. In the 3D illustration design, we can use elements from one image in another, linked artwork. 3D illustration design services allow us to explore a central theme or concept in great detail. Any kind of visual art that only has two dimensions is known as two-dimensional art. Drawings, paintings, prints, and photographs are examples of 2D art.

A drawback of 2D graphics is that the user must be able to visualize a three-dimensional model in their brain. This is by no means error-proof and can result in mistakes, as we are all aware. It is frequently simpler to spot irregularities, crossings, or misalignments when modeling in 3D.

In 2D visuals, which offer a realistic but flat picture of movement on the screen, we frequently use animation and video games. The realistic depth provided by 3D graphics enables the viewer to peer into areas, take note of how light and shadows move, and develop a deeper knowledge of the picture. The inherent propensity of the brain to delve deeper into what it sees and broaden our comprehension of the world is how 3D motion graphics function.

The software utilized to animate these two visual styles is the other key distinction between them. After Effects, Photoshop, and Adobe Animate are the main software programs that we use to create 2D animation. On the other hand, 3D graphics require proficiency in Autodesk, Houdini, Cinema 4D, and 3Ds Max.

The Z-inclusion axes are the sole meaningful difference. However, adding depth to animation changes the way the entire visual appears from how it would without it. In comparison to 2D visuals, figures and objects are usually more expressive and include shadows. We can use Colors can in numerous colors for a single item and are typically more clearly defined.

2D animation is furthermore easier to understand and more aesthetically pleasing. Visitors to the website won't be diverted from the video's message despite being drawn in by the movement and colors. For many applications, 3D animation is significantly visually complex since viewers must pay attention from a variety of various viewpoints.

While both 2D and 3D animation provide advantages for your website, each of these choices has its own set of advantages and disadvantages. When choosing one to employ, it's crucial to consider your unique demands because neither choice is intrinsically better than the other.

The key factors to consider when selecting a web development agency

Is custom web development a perfect Solution for business?

What is the purpose of custom web design?

Why it is crucial to find a top web design company ?

What is the Importance of Custom Mobile App Development Services?